The Grain Elevator and Processing Society (GEAPS) has retained SearchWide Global, an executive recruitment firm, to manage the search process for their chief staff executive position.

“David has been a tremendous leader in moving GEAPS forward,” Taylor said. “GEAPS has grown significantly under his watch, evolving and expanding to reinforce our position as The Knowledge Resource. We intend to be thorough and thoughtful in the search for the next chief staff executive.”

David Krejci has served GEAPS for nearly four decades. David was named GEAPS executive vice president and International secretary in 1987. He joined the GEAPS staff team in 1982 as director of technical services. As executive vice president, David is GEAPS’ chief staff officer and serves as a non-voting executive officer of the International Board of Directors and the Executive and Nominations committees. He also serves as GEAPS staff executive representative to the Kansas State University Grain Science and Industry Advisory Council, which he chaired from 2012-18. David is also the executive director of the GEAPS Foundation.

SearchWide Global has extensive experience in recruiting C-level and director executives for similar leadership roles in associations and other not-for-profit organizations. Interested parties can go to the SearchWide Global website to see a detailed position overview and submit applications. It is expected that a new chief staff executive will be named this summer and that David will continue in that role until the position is filled. 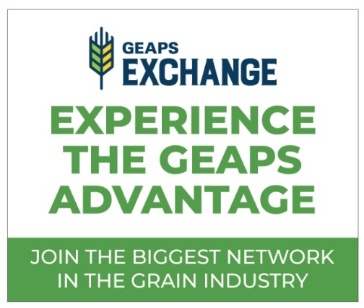